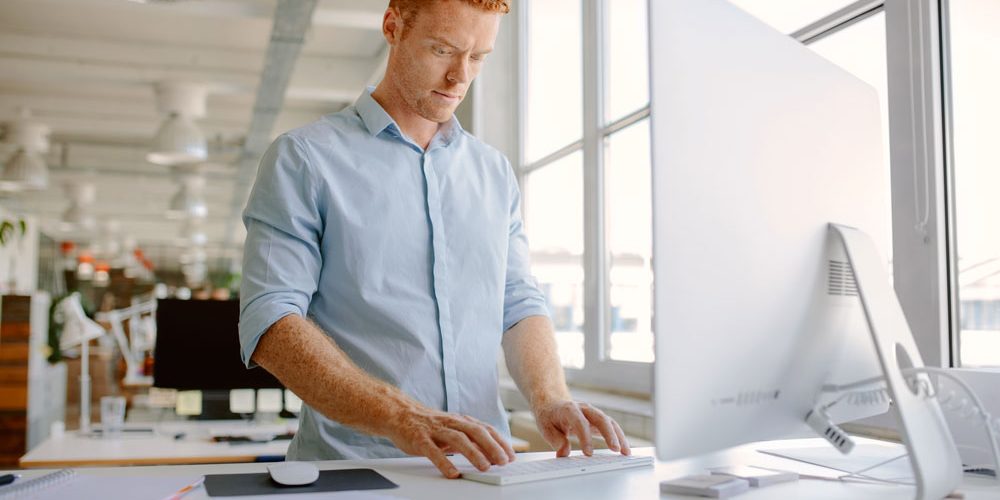 Stand Up for Your Health

Thank you to our friends at NutritionFacts.org;

Hi. I’m Dr. Eddie Phillips. I’m a physician specializing in lifestyle medicine and board certified in Physical Medicine and Rehabilitation.
Do you know that standing up and moving around during the day can pay off with big health benefits?

Of course, regular workouts are best for optimal health. But getting up from your desk or seat often is a great habit to establish even if you already exercise.

Research has shown that sitting continuously for hours can increase your risk of serious ailments. These include heart disease, type 2 diabetes and even certain cancers.

So the message here is that routine movement during the day adds to the benefits of regular exercise.
That was the conclusion of a large, long-term study of 123,000 middle-aged adults by researchers from the American Cancer Society, published in the American Journal of Epidemiology.

Similarly, other studies have concluded that routine, everyday movement has benefits, whether for heart disease, diabetes, cancer or weight loss. It’s gotten to the point now where some doctors actually advise their patients to sit only “in moderation.”

Why does prolonged sitting have such negative health consequences? One explanation is that it relaxes your largest muscles.
When muscles relax, they take up very little sugar—the type called glucose—from the blood, increasing your risk of type 2 diabetes. In addition, the enzymes that break down blood fats—called triglycerides—nosedive, causing levels of the “good” cholesterol—HDL—to fall, too.
The result is a higher risk of heart disease.

By contrast to this, everyday movement not only reduces your risk of major ailments, but also helps you burn more calories.
Dr. James Levine at the Mayo Clinic coined the term “non-exercise activity thermogenesis,” or NEAT. It refers to the energy you burn through ordinary activity that you don’t think of as exercise. Such activities include carrying the laundry upstairs, dancing around the house to your favorite tune, or even standing while you talk on the phone.

In one study, he measured NEAT in lean and obese people, all of whom had similar jobs and were forbidden to exercise during the course of the study.
There was one key difference between the two groups. The obese people sat longer than their lean counterparts, by an average of two-and-a-half hours more per day.

So the lesson to be learned from this is to get off that chair as often as you can.
Take a quick stroll down the hallway. Stand up to read a document or two. Stand up and move while talking on the phone.

Some offices now provide standing desks and chairs built around exercise balls to keep you in motion even while sitting.
No matter what strategy you use, if you can avoid sitting for long periods you’ll improve your health and feel better during the day.

Dr. Phillips is board certified in physical medicine & rehabilitation. He founded and directs the Institute of Lifestyle Medicine at Joslin Diabetes Center at Harvard Medical School and is co-founder and co-director of the Lifestyle Medicine Education Collaborative "LMEd."

Diabetes – Why Exercise is Medicine

Walking is a Great Way to Lose Weight