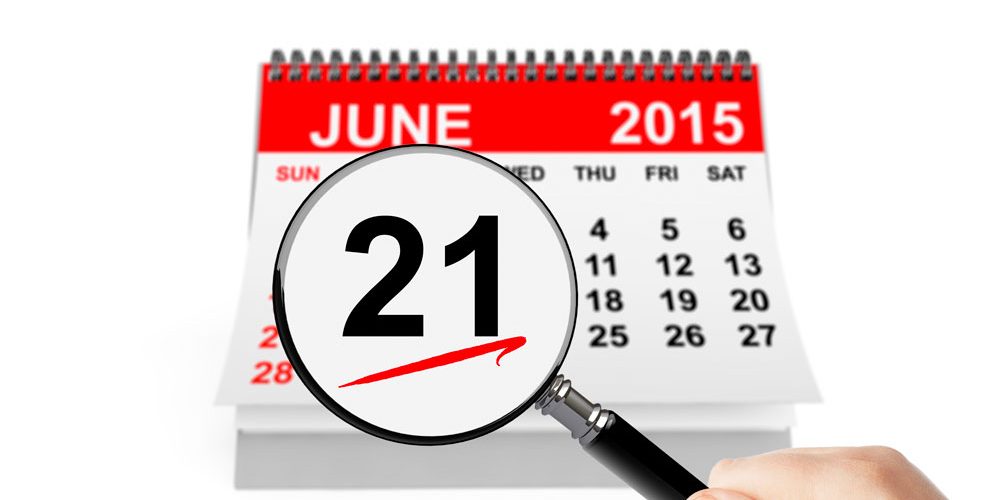 Can Habits Be Formed In Only 21 Days?

Howdy, I am Dr. Mark Faries and we are here to separate lifestyle medicine fact from fiction.

Diets, programs, books and health clubs continue to claim that healthy habits can be formed in as little as 21 days. But is this fact or fiction?

So how did this idea get started about a 21-day timespan for establishing habits?

Most likely, it’s based on research by Dr. Maxwell Maltz, a plastic surgeon, who wrote a book in the 1960s entitled, “Psycho-Cybernetics.” In his views of psychology, he pinpointed 21 days as the time it took all of his patients to see a change in self-esteem following cosmetic surgery. Journalists and the public generalized this idea to apply to all human habits.

“Habit” refers to the automatic behaviors we all have in response to cues from our environment. As the cues and the behavior become more consistent and repetitive, habits form. The habits then intensify, becoming strong, deliberate and difficult change.

Unfortunately for many, their unhealthy habits are the ones engrained into their subconscious and they become tough habits to break.

More recently, some researchers in Europe studied habit formation. That brought the 21-day habit idea back into the media spotlight.

In their study, nearly 100 participants chose an eating, drinking or activity behavior to carry out daily in the same context, such as ‘after breakfast’, and they did this for 12 weeks.

What did they find?

#1 Habit formation follows a leveling type curve, as shown here. With repetition, in the same context, the point at which the behavior eventually levels out at the right side of the graph shows us that habit has been formed.

#3 It took participants anywhere from 18 to 254 days to form a healthy habit.

And #4 The average number of days to form a healthful habit was 66 days. That’s more than three times the popular idea of it being only 21 days.

Because research has shown that the number of days to form a healthy habit is 66 days on average, as habit formation is quite variable, the range actually is between 18 and 254 days for healthy habits, healthy behaviors. So, therefore, the claim that habits are formed in as little as 21 days… is fiction.

The goal of lifestyle medicine is to build healthy habits that are good for you and your joy of living. These include aspects of living such as eating healthfully or exercising on a regular basis, so that they become your new habits.

Here are some tips to help you accomplish this:

Plan ahead – Don’t forget your walking or running shoes when you go on vacation. Plan ahead and use strategies to stay on track.

Cue yourself – Use cues that are event-based, especially within your normal routine. For example, connect good habits with other things you do so that they become routine.

Consistently do things the same way each time – Repeat the activity in the most consistent way possible, such as in the same way, at the same time and at the same place.

Track your activity – For example, buy a pedometer to track your steps or record what you eat.

Mark has a PhD in Behavioral Health and an MS in Exercise Physiology. He is an Associate Professor and State Extension Health Specialist with Texas A&M AgriLife Extension and has developed lifestyle medicine curriculum and advocacy. He has served on the Board of Directors of the American College of Lifestyle Medicine, is founder of Lone Star Lifestyle Medicine for Texas and is founder of FitnessPudding.com.