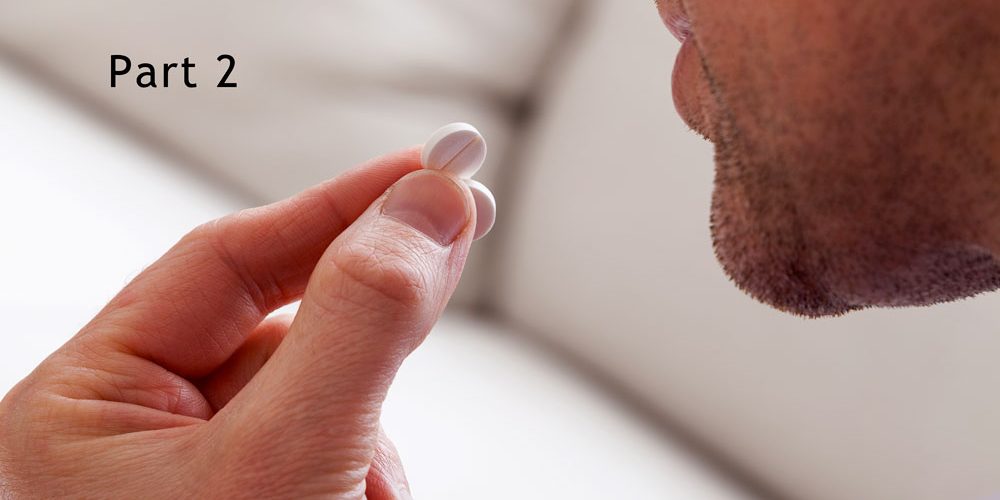 MB (Marc Braman, MD, MPH):
Sure. So how big is this placebo effect? Percentages?

JM:
Yeah. It’s rather large. Some studies show that it’s 11% to 14%. Other studies have shown that it’s as large as the ERT medication or the actual chemical effect of the pill that’s been given. So, I’ve often said that scientifically, if you’re going to evaluate the effect of a pill such as an anti-depressant, you would have to subtract the baseline or the estimated placebo effect from the pill effect to see if the pill has any measurable effect at all or any magnitude of effect.

MB:
Yeah, so depending on the study, some of the figures I’ve seen have been 30% to 50% effect just from placebo. And the active “medication” may… You know, when there’s no difference… It may still be 30% to 50% effective, but so is the sugar pill.

JM:
Exactly, and for instance, in some classes of medication like the anti-depressant, we know that even when they are effective at the 30% and 50%, it’s only with the third of depressed patients. So that 30% to 50% goes down, because two out of three patients have shown scientifically, do not get any benefit from an anti-depressant.

MB:
Yeah, wow! So in effect, up to 50% of medication effect or sometimes what the patient experiences as 100%, is placebo. It’s their belief that they’re doing something that makes a difference.

JM:
Yes, and I’ve published, and others have, even to the point of saying that this gets to the level of hoax, if we’re not careful and don’t oversell the effect of psychoactive medications. So, it’s important, both ethically and morally, and in terms of planning a real intervention, that we don’t see the medication intervention as a stand alone or by itself treatment for any of these major disorders but we see it as a technique in a larger treatment plan.

MB:
Very good. So, in essence placebo effect is huge, were built for faith and then we want to recognize that we have a choice as to how we exercise that faith for good purposes. Dr. Morris, thank you so much.